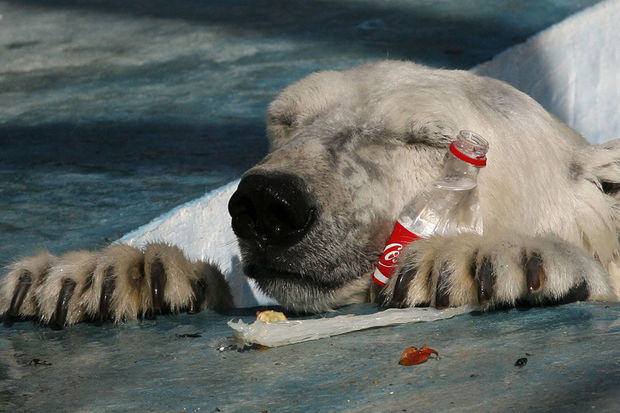 Each year, about 10-20 million tons of plastic end up in the oceans. Throughout time, these are degraded into smaller particles (1 mm down to the micrometer range) which are known as microplastics. Ir. T. de Rooij explained, during a Studium Generale in Wageningen UR, that in 2014 the amount of 15 to 51 trillion particles weighing between 93 and 236 thousand tons microplastic particles were entering the oceans. This pollution has turned our beautiful oceans into a huge plastic soup which endangers many marine species and damages the ecosystems. De Rooij also mentioned that China, Indonesia, Philippines, Thailand, and Vietnam account for 60% of the plastic pollution in the ocean.

Although plastic is very useful and handy for our daily life, the nearly uncontrollable exploitation of its derivatives has endangered our environment. The world´s production of plastic materials has been increasing over the past 20 years at a rate of almost 5% per year. According to a new report, by Global Industry Analysts, global plastic consumption reached about 297.5 million tons in 2015.

For these reasons, many initiatives have started in various parts of the world to raise awareness among people. “A planet free of plastic pollution” is the vision of 5 Gyres, with the mission to “empower citizens to become leaders in combating the global health crisis of plastic pollution”. They aim to understand the impact of plastic pollution, and therefore study the 5 subtropical gyres by sailing through them. They communicate their findings through multimedia and peer-reviewed publications since they also invite scientists to cooperate. In their official website it is said that to eliminate plastic pollution, they employ strategies such as advocacy, better designed products, fair legislation, and engagement in consumer education.

In the Netherlands, Boyan Slat, a young Dutch student created technologies to tackle global issues of sustainability through his environmental initiative named The Ocean Clean Up. This organization claims to have developed world’s first feasible method clean the oceans from plastic. Their goal is to extract, prevent, and intercept plastic pollution by initiating the largest clean up in history by implementing sophisticated technology. They said that instead of detecting the plastic using boats and nets, The Ocean Clean Up envisions a network of long floating barriers, which would allow the ocean currents to passively gather the plastic, and then collect it for recycling. Well, it sounds promising and very optimistic, nonetheless many parties are still skeptical about it. Questions popped up about the efficiency in relation to the amount of money they have to collect and spend to realize their noble missions.

These organizations should be supported by regulating the use of plastic itself in a form of policy. In Indonesia, many environmental organizations have raised their voices against plastic. Greeneration is one of the most influential and persistent environmental movements, and already had a plastic bag diet campaign in 2010. As the fruit of their hard work, hopefully in the beginning of 2016, the Indonesian Ministry of Environment and Forestry will adopt a policy to charge plastic shopping bags. This policy will be applied for retail businesses, such as supermarkets, hypermarkets, and mini-markets, just like we since this year have in the Netherlands.

Considering the urgency, as educated young people we should not take it for granted and ignore these problems. We can participate in the movement through simple practical actions every day, for instance by reducing the usage of plastic bags.