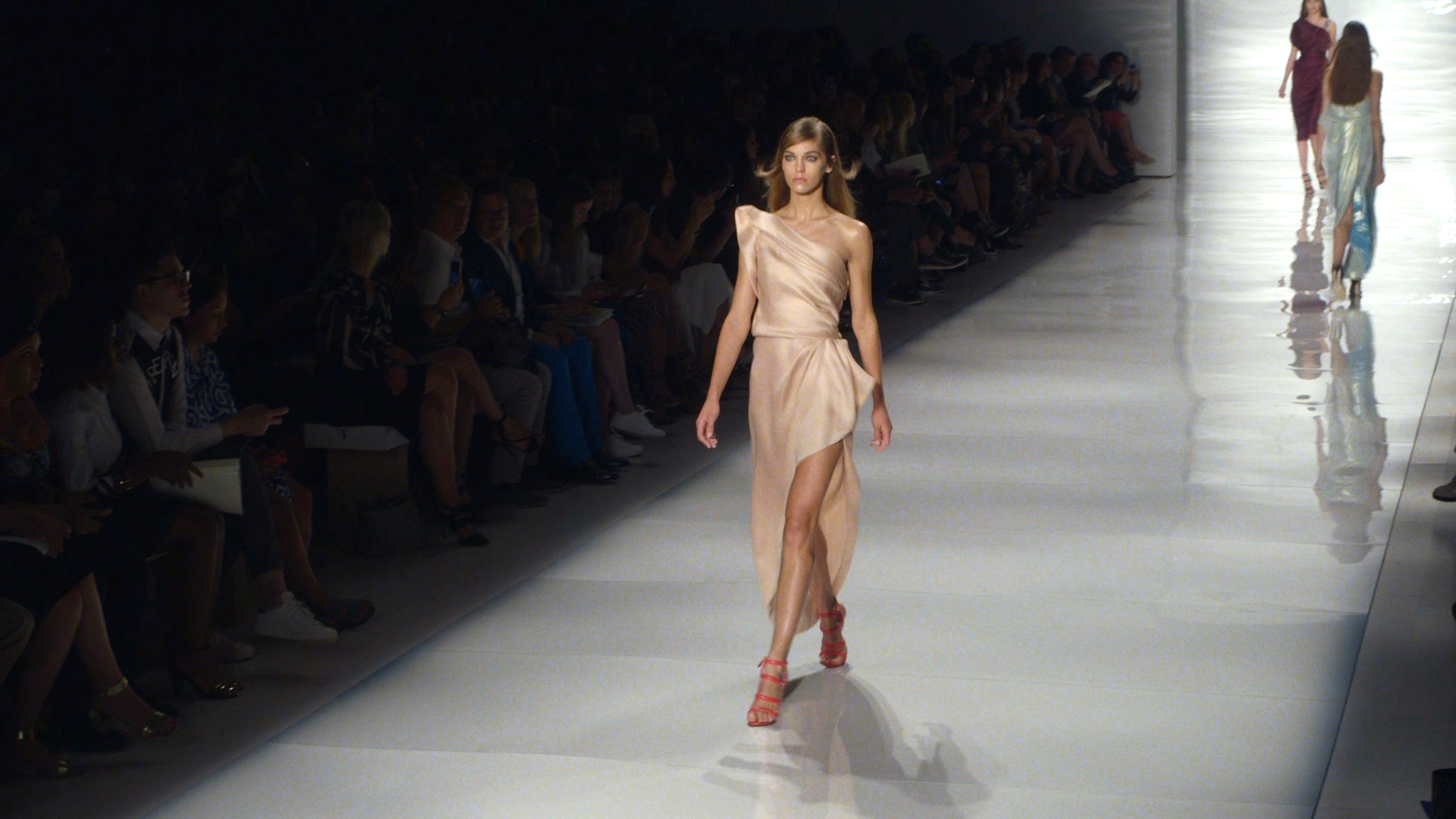 After the Rana Plaza factory in Bangladesh collapsed almost three years ago, it has become impossible to deny awareness of the working conditions in the fashion industry. But did you know that one in six people in the world work in some part of this global industry? The True Cost portrays how this vast network entangles the world like a big spider web, and forces you to hold a mirror in front of yourself. “It is a perfectly engineered nightmare.”

Shima is a young single mother from Bangladesh. She works in one of the big factories in Dhaka, and makes long working days to provide for her and her daughter. When she tried to set up a workers union, she was beat up by her managers. But foremost, she is angry that western consumers are willing to accept this: “I don’t want anyone wearing anything that is produced by our blood.”

Shortly after, we meet a Bangladeshi factory owner, who is almost crying because of the pressure western brands are putting on his factory. We see several fairtrade labels, trying to change the industry from the inside out. Or a farmer from Texas, who has put herself to the cause of eliminating the use of chemicals and making cotton farming organic, after her husband died of brain cancer. Not to mention the worldwide environmental costs.

So in a nutshell, what is exactly the problem? Our current fashion industry is dominated by a business-model called ‘fast fashion’. Instead of four seasons a year, we now have a staggering 52 seasons. The focus is on ever-increasing profits for the large companies, and in order to sustain this model, the factory work has been outsourced to developing countries, such as Bangladesh. These large companies have the power to force factories to produce clothes for a lower price than their competitors do, which increases the working pressure on factory owners and hence on their workers. Because governments are so afraid the major brands will relocate, they keep the wages low and refrain from putting local labour laws into effect. The ultimate issue is that the brands themselves don’t employ the workers or own the factories, so they can profit hugely without having any responsibility.

One of the eye-opening aspects of this documentary is that it not only focuses on the ‘typical’ poor workers or mean companies, but also on the role we as consumers play in this system. Through advertisements, we are taught that the way to solve problems in our lives is through consumption. But as our need for materialism increases, so do the psychological problems we suffer from. We are made to believe that we are rich by being able to buy a t-shirt for $5, but is this really democratic, as it actually makes us poorer? In other words: “Will we be satisfied with a system that makes us feel rich, while leaving our world so desperately poor?”

It all seems like a strange paradox to me. How come that such a wealthy industry is insisting that it can’t even take care of the basic human rights of its workers? Why, despite this globalized world we are livin g in, does it still feel like such a distant problem, and are we able to ignore other people’s lives? And why do we let ourselves be influenced so much by these few big companies?

Inevitably, we are slowly drawn to the conclusion that the problem is not merely concerned with working conditions, but with capitalism. Because our economic system is inherently based on consumption, materialism and infinite growth, we must look at the system as a whole. And that means that we need a revolution of values, to determine again what really matters to us in this world.

The True Cost offers an incredibly comprehensive insight into the fashion industry. It covers so many angles, that it feels like a stepping stone that makes me want to delve deeper into these subjects. I felt as if I was being catapulted from one issue to the other, whilst it was all turning into one giant maze. But, as the filmmakers reiterated: “It’s also simple, revealing just how connected we are to the many hearts and hands behind our clothes.” To end with the words of the leading economist Richard Wolff: “My God, we can do better than this!”

This documentary will be shown at the Movies that Matter festival in the Hague, which is organised by Amnesty International.