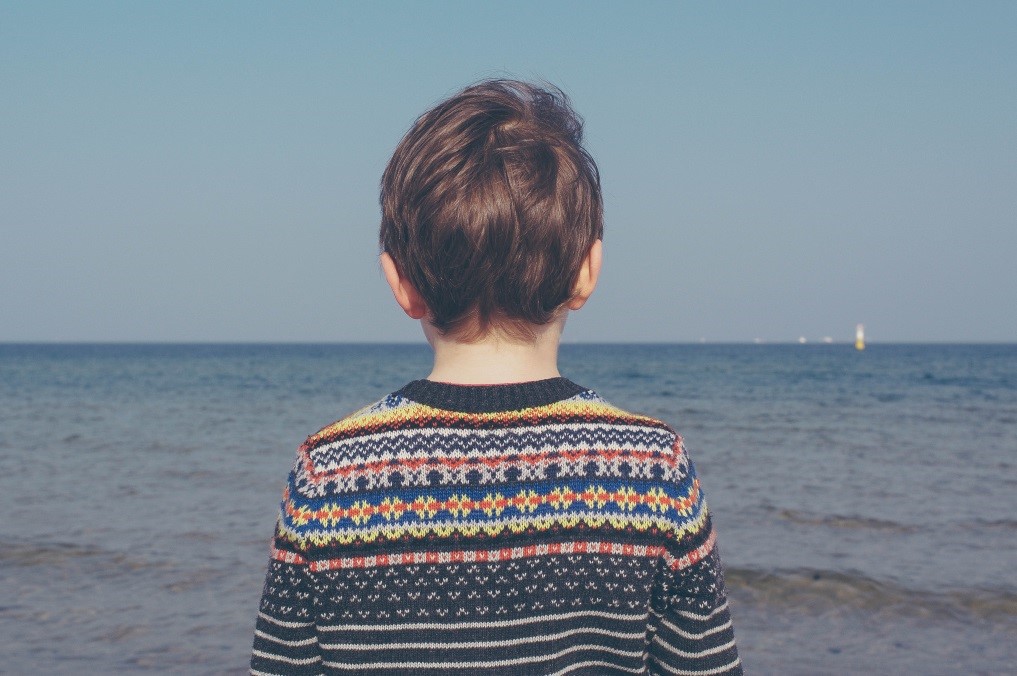 “Johnny? Don’t go too far will you?”, his mother called from the towel. But Johnathan was already off to the shore. The sun was shining bright as the tiny particles of sand were taken by the wind. Johnathan jumped up in the air and spread his arms way up high. His mother was reading a book on the pink towel a few meters back. Little Johnathan, a delightful boy as he was, was laughing all day. He had an eye patch covering his eye and a wooden sword in his hand. “Arghhh! I’m gonna make me a ship from sand!” His slippers started pushing and crushing the scallops beneath him, as he hopped from side to side searching for a suitable spot to start digging. There were little people around that day.

Just when he was about to start his little adventure, he saw something in the distance. It was something lying on the beach, and it was moving too. He ran towards it and as he took a closer look, he saw what it was. “Argh matey, are you alright?”, he said hesitantly as he poked the bird with his fake weapon. The bird appeared to be stuck, it had a piece of plastic around his neck. It flapped its wings, trying to get loose. Johnathan put the sword through his belt and lifted the bird with both hands. “Don’t worry matey, I’ll get you all better and then we’ll be best mateys we will! You could even become me parrot and join me in adventure!” The thought of him making a new friend made his smile return again. When he got back, his mother took off her sunglasses and screamed the instant she saw the bird. “Johnny, where did you get that filthy thing? Bring it back right now, you probably got germs all over you!” Johnathan tried to explain his parrot was hurt, but his mom said he could not come back before he had gotten rid of the thing. “Fine, then I’ll make him better myself”, he said angrily.

While frowning, he took the bird to the docks to ask for help. He run into the first souvenir shop he encountered and walked towards the counter, but once the customers started screaming, the owner kicked Johnathan out. He went to the neighbours, a cocktail bar with a lounge bar outside, but almost instantaneously the waiters told him to “get that thing out of their faces”. Johnathan was not ready to give up yet, and tried the hotdog stand on the docks. “Aye aye sir, would you help me parrot get better?”, he said, staying in his role. But the man refused as he did not wanted to get his hotdogs infested. The bird was still struggling to get air and it barely flapped its wings anymore. Tears rolled down from under Johnathan’s eye patch. The docks were almost empty and he realised it was already getting dark.

Then, he noticed the red and white tower just in front of him and walked to it as a final option. The door was light blue and he decided to knock on the door. After a moment, an old man opened the door. He had a long, grey beard and wore a buttoned shirt. “Hello there kid, what’s the matter?”, he said politely. Johnathan told him about the problem and asked one last time for help. The man looked at the bird in the small hand palms of the boy and went into his kitchen for a moment. When he came back, he used small scissors to cut the plastic loose from the bird’s neck. Johnathan was surprised. “Wow sir, thanks a lot. You’re the first lad that helped me parrot today!”, Johnathan said happily. The man smiled and said “Well, I may have cut him loose, but you’re the one that saved him kid. If it wasn’t for you this fella would still be on the beach where you found ‘m.” Johnathan’s eyes opened wide as he realised he had an adventure after all. “Aye aye sir, I’ll take good care of me new friend and I’ll train him to stand on me shoulder!” Johnathan held the bird close to him and smiled to the man as he walked back home. He forgot about what his mom said and went to his room in the beach house, already thinking about the next adventure with his friend.