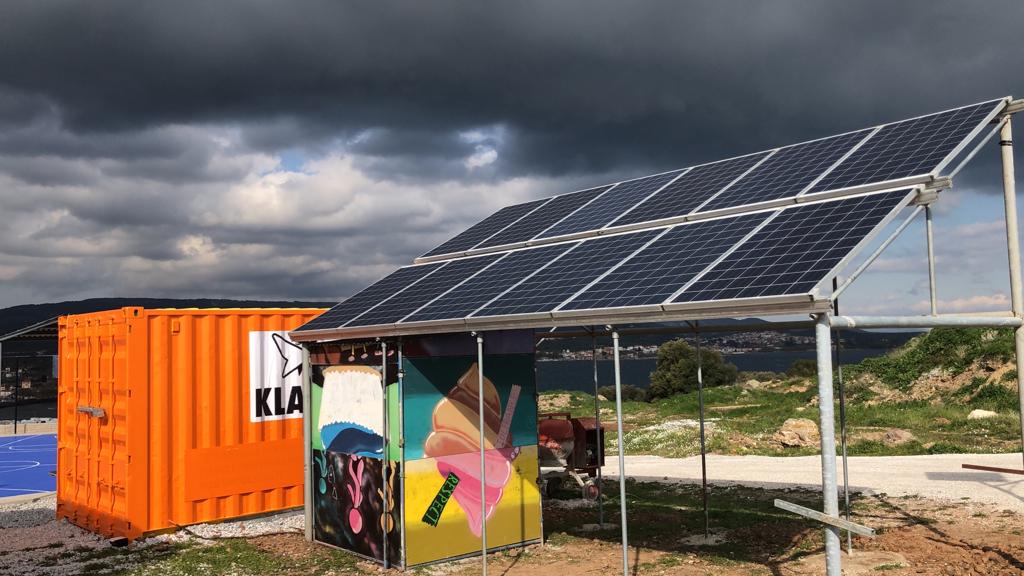 An introduction to the NGO Energy for Refugees (EfR)

A home is a basic right, but still not even nearly everyone has one! At least 82.4 million people around the world have been forced to flee out of their homes. Among them are nearly 26.6 million refugees, around half of whom are under 18 (UNHCR, 2020)! Currently, the numbers are certainly not decreasing.

Who is Energy for Refugees?

Energy for Refugees (EfR) is a NGO set up by a group of students in 2018. Their goal is to alleviate energy poverty of people seeking asylum and shelter by using sustainable energy technologies. The benefits for people living in refugee camps are immediate: they can sleep feeling safe, their children can keep the lights on at night so they can keep up with their education, and they are able to call their families and loved ones to let them know they are on their way to a better, safer life.

EfR is a group of 10 students, mostly studying at the Technical University of Delft. Many follow the master Sustainable Energy Technology. As a team, they strive to reduce the CO2 emissions. As one is from the Netherlands and wants to help others by hearing about the living circumstances, the other is from Greece and has seen a camp with their own eyes and felt the urge to help immediately, and the other with a Syrian background who has even lived in a refugee camp. All these different life experiences stood out to me, I believe that this makes the team strong, in a way that they can tackle the challenges of the projects effectively.

When did the first EfR project take place and where? 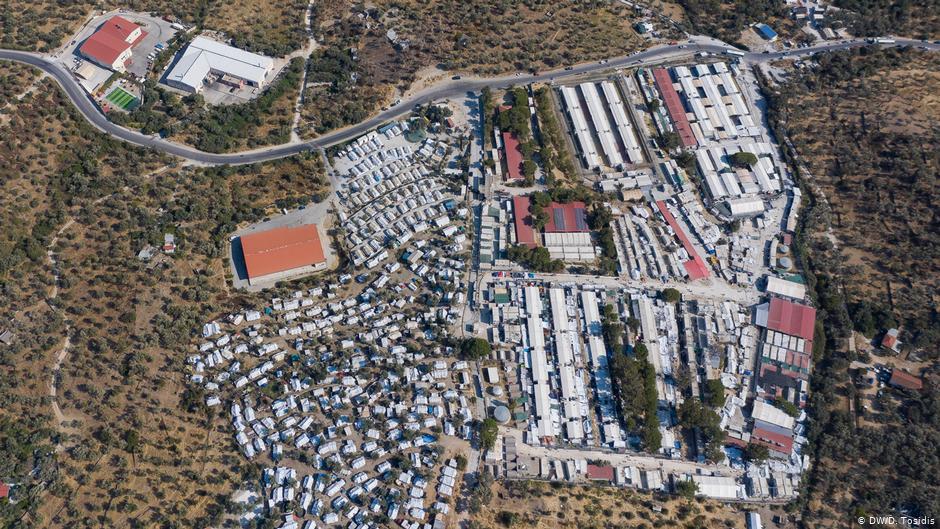 The first project was during the summer of 2018.That year a group of master students from different faculties and nationalities designed and installed a 5kWp solar PV system in a classroom in the Kara Tepe camp in Lesvos, Greece. 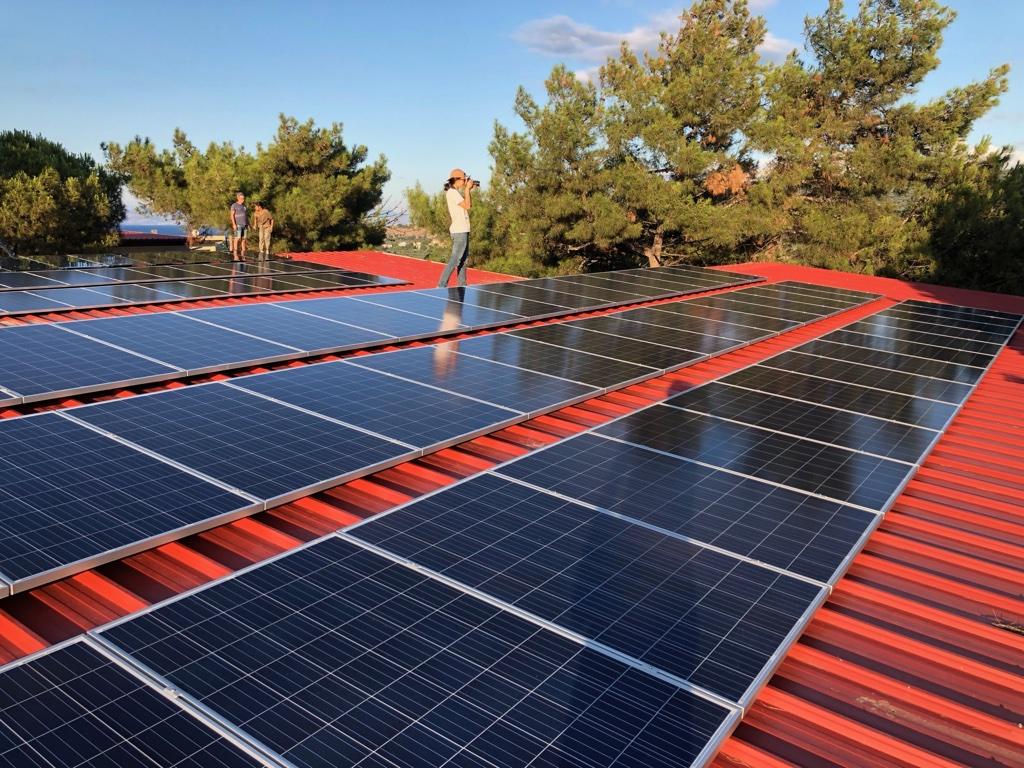 The second project was located in Lesvos, Greece. Where the team placed 90 solar PV modules, 2 inverters, and the necessary cabling and electrical protection devices, within three weeks. 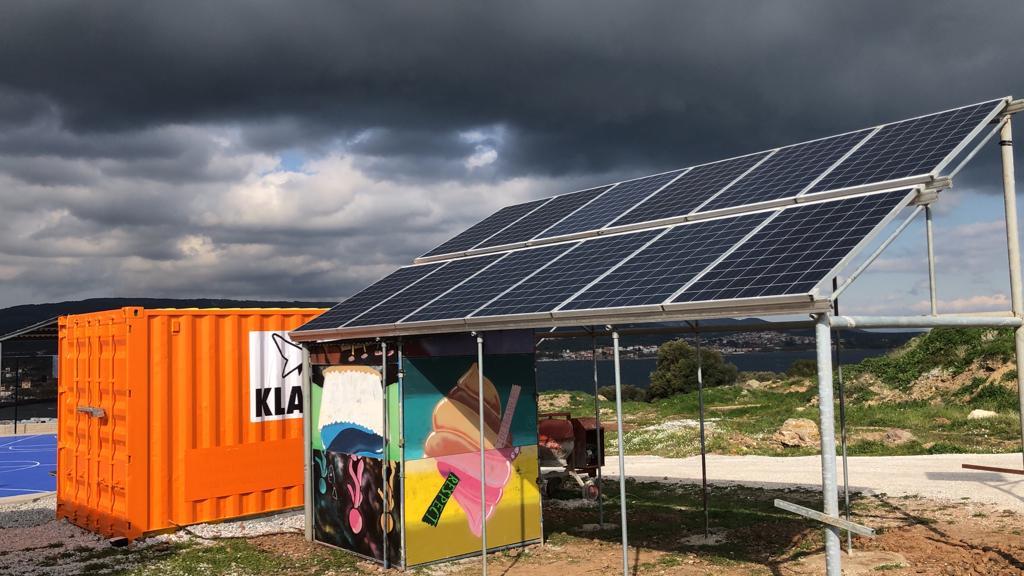 Mexico was the third project. Unfortunately they had to cope with the challenges due to the COVID pandemic. During this project they could not visit the project location (also saving emissions by not travelling), but instead they held a fundraiser and organised everything from home. The camp had electricity for 80% and they covered the last 20% with a PV system. A unique aspect of this project was that they had to outsource the installation of the panels to a third, but local party. They installed the entire structure and connected it to the local grid within the given timeline.

Because of the previous projects, the team has learned a lot about the steps and phases of the projects. Furthermore, fundraising and communication skills are passed on by a smooth transition between the yearly different boards. Due to the previous projects they also look at the maintenance for the panels, to be sure that the camps are still provided with sustainable energy. Over the years the projects have changed a bit from a project where they also did the practical work, to a more consulting method. This transition made it possible to keep on going with the project and to help the locals.

Iasonas walked through many refugee camps and mentioned: “Why am I so lucky they did not go through this’. Together with friends, they gave food to the people in the camps. In Delft Energy for Refugees was introduced and it seemed like a perfect opportunity to connect sustainability and humanitarian aspects, catching two birds with one stone.

“A lot of the work is consultancy. The team of upcoming engineers, design a system and implement it in the camp via project management. Although the most exciting part for me is making a difference, ” said one of the teammabers, Hani.

Hani, with a Syrian background, and who has actually lived in the camps, knows what is needed and what is not needed. Hani saw the difficulties that NGO’s go through and said: “We are here to fix a problem, if you only look at the humanitarian part you do not solve the problem”. It is important to make something sustainable. They had  2 hours of electricity per day. People in camps are vulnerable and imagine only having electricity 2 hours per day. When it is dark they do not feel safe. He enjoys solving this problem with a durable solution.

The new upcoming project is located in Greece, Katsikas Camp, near the City of Ioannina. Just outside the camp, it is a maker centre. This ia a space for sports, or crafts, such as making chairs, and curtains so that Islam women will be able to remove their hijabs without other people watching them.

The goal of this place is for the people in the camp to empower themselves, to learn new skills. The centre runs fully on funding. However 10% of their money goes to electricity. EfR aims to help the centre to be less dependent on the grid. The current planning is to install the panels by July 2022. The panels will be placed aboveground and could perhaps form a canopy, providing a pleasant space underneath. A member of the last team is a volunteer there and they have local contacts to realise the project.

What can the reader do to help?

You can help EfR by introducing them to people from energy consultancies and help them expand their network. Or you share their work on social media or aid in fundraising.

The goal is not to realise one project a year, rather help as many as possible to the best of their abilities. If you have ideas for new projects, do not hesitate to forward them to Energy for Refugees via email or other social media (LinkedIn).

Anything that may help them, to help others, is wanted.