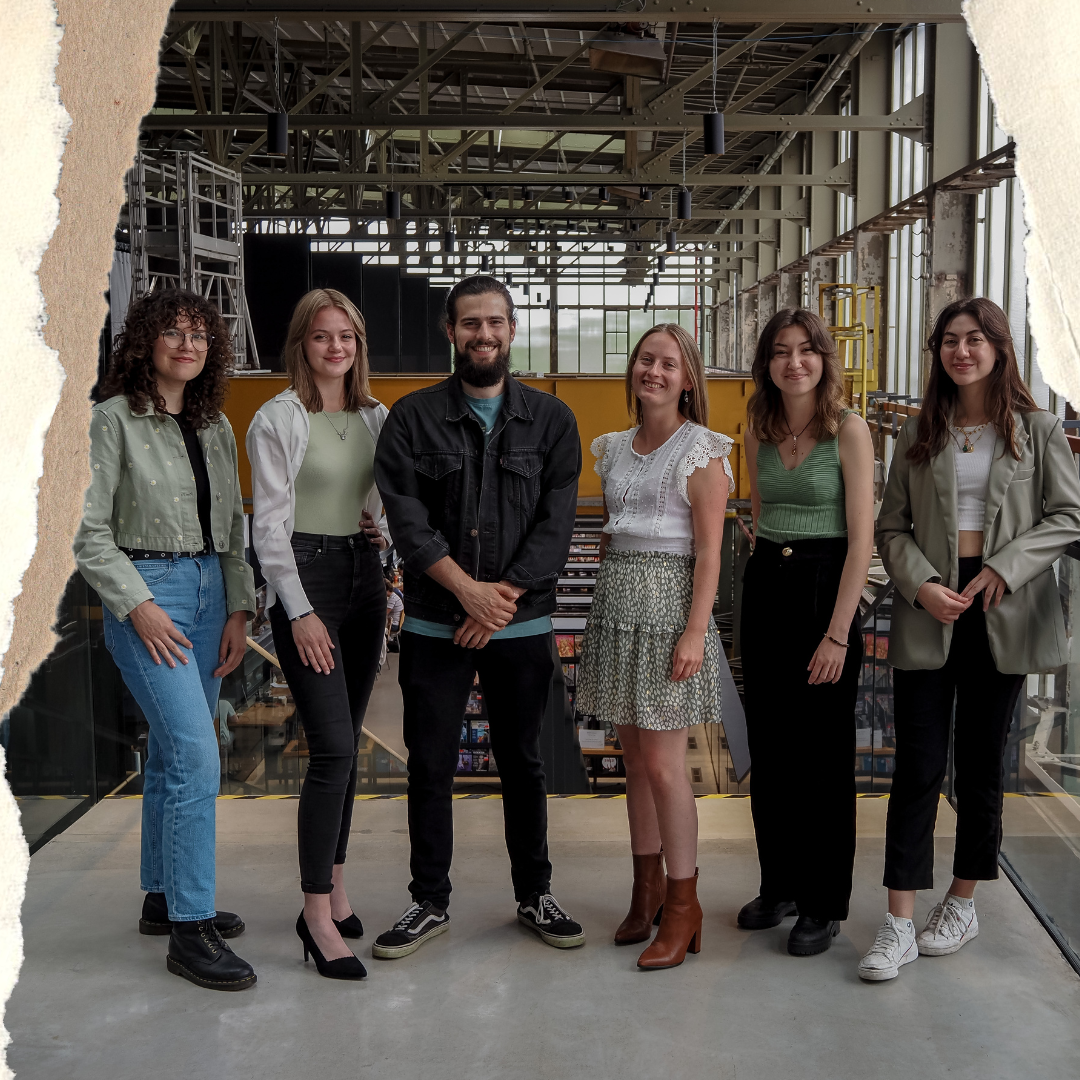 When I start a new academic year, I evaluate what I want to do in the upcoming year. I visit the introduction week, look at all the stands of student associations and consider if I want to join one for the upcoming year. In this article, I am talking to Danique van den Berg (26). This year, he is the president of Vegan Student Association (VSA) Tilburg.

Danique is starting his final year at Fontys to become a history teacher. He became aware of VSA Tilburg through the founder Pam Wijnans. Both of them were actively campaigning for Partij voor de Dieren in the municipal elections. As Pam was elected for the city council, she approached Danique for the board of VSA.

Why did you become a member of VSA?

“I attended activities of the VSA before, but I was unsure if I could join as a non-university student. When I was approached by Pam, she assured me this was not an issue. I became a member soon after that.”

Why did you want to be the president of VSA Tilburg?

“As I study to be a history teacher, I see a pattern of historical movements throughout the years. I believe veganism will be the next, big movement and I want to contribute to the movement as much as I can.”

Are you vegan and when did this happen?

“I have been a vegan for 2.5 years now. Before that, I had eaten vegetarian and vegan before, but not actively looking to change my lifestyle. Together with my girlfriend, I was watching a documentary: The Game Changers. We both found this very inspiring and decided to become vegan right away. Even if some things in the documentary are dramatized or untrue, we felt inspired to become vegan for ourselves.

We first decided to eat the food we still had and then incorporated the vegan lifestyle. For some, this is solely dedicated to just eating vegan. Personally, I do try to incorporate veganism as much as I can in other aspects. I try to buy vegan clothes on websites such as ShopLikeYouGiveADamn. Vegan clothes are expensive, so I have a personal rule that if the vegan clothes are too expensive or I can’t find the vegan item I am looking for, I shop second-hand on Vinted.

People might say that this is not vegan enough, but I personally try to limit animal cruelty as much as I can.”

How did your family and friends react to you suddenly being vegan?

“Honestly? The key to my success was COVID. This might sound weird, but the transition was easier for me as I had no social pressure during social gatherings/dinners. You often hear people say it takes 60 days to develop a habit, right? The habit of eating vegan was much easier to create while I was just at home. When the lockdowns ended, everyone knew we were vegan and it was easier to find spots we could all eat together.

Which VSA events do you enjoy most?

“As I study to become a teacher, I enjoy educational events the most. I am passionate about teaching people things and try to see how I can contribute. I do this by explaining topics to members and sharing my knowledge. Sharing your knowledge can also be done by inviting a guest speaker. Last academic year, Seb Alex gave a lecture for our members. Seb Alex is an animal rights activist, so this was quite interesting.

For some, a lecture like that might be quite heavy. This is why we also try to incorporate events like cooking workshops. I love cooking and with these workshops you can show it’s not that difficult to eat vegan.”

Are people who are not vegan allowed to join as well?

“Yes! We actually aim for people who are curious about veganism and want to know more. People who are not vegan yet, we can teach so much, whereas vegans usually already know the ins and outs. We also welcome a lot of international students who are vegan (or vegan curious) who are looking for like minded people.

Last month we attended the 013 fair and our booth was incredibly busy. A lot of people were pulled in by our slogan “Eat pussy not meat” which we used that day. In one day, we already had 50 new applicants. That was huge for our student association. I can assure you not all of those are vegan.

At VSA Tilburg we do not have a hazing or introduction period: once you apply, you can become a member. We only ask our members to introduce themselves on private Discord. We like to know who the new member is: are they vegan/vegetarian, or not? Why did they become a member? Do you want to be an active member and join committees? This way, we get to know our members.”

As the president of VSA Tilburg, what are your goals for this academic year?

“VSA Tilburg was founded during the COVID pandemic. A lot of events had to be canceled because of that. This will be the first year we can organize a lot of physical events.

Our goal is not to have the most members but to organize fun events. On September 8th is our first vegan potluck. With vegan potlucks, we ask that people bring vegan food so everyone can enjoy it. We see that members really try their best for the potluck.

Vegan can be a broad term for some, but we do not really have discussions if the food is ‘vegan enough’. Some might choose to not eat certain foods like honey, truffle or figs but we all respect each other.”

Why should anyone join the VSA?

First of all, if you are curious about veganism or vegan yourself. Our goal is to have a supportive community of vegan(-minded) students and spread awareness.

We came up with three ways to achieve this:

The contribution is €10,- a year. By joining, you get a lot of discounts from local businesses. For example, we get a 10% discount if we eat at restaurant Steck, where they offer a ‘vegan kapsalon’. At Steck, the vegan kapsalon is the best-selling product. I see this as a huge win for the environment and animals.”