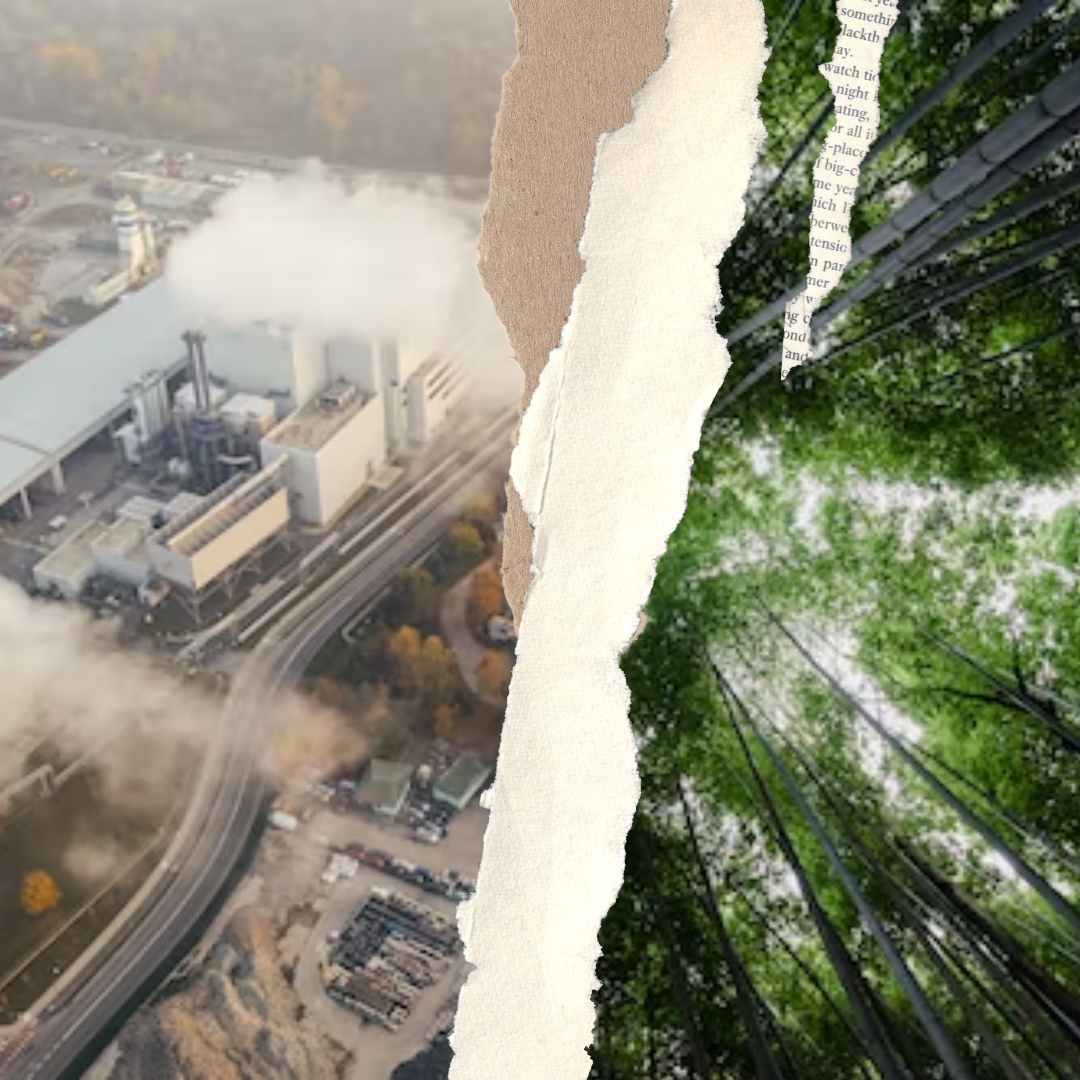 As we know, the global population is currently emitting too much carbon emissions in the atmosphere. Since 2015 world leaders and organizations have tried to stay committed to the Paris agreement. The aim of this agreement is to limit global warming to well below 2 degrees. But preferably 1.5 degrees compared to pre-industrial levels. Although it is difficult, keeping to this agreement is crucial, since it can lead to numerous climate tipping points (CTPs). These tipping points are defined as “a critical threshold at which a tiny perturbation can qualitatively alter the state or development of a system”. The system here refers to the overall Earth systems that sustain the climate at how it currently is.

However, we have crossed the tipping points and there is often no way back. Which means the climate can be impacted severely. For example, it is estimated that when we reach an increase of 1.5 degrees on a global scale. The Greenland ice sheet might collapse and coral reefs will die as a result of too high temperatures in the ocean. When these points have been reached, it is very difficult to reverse them. If we want to limit the effects of the tipping points, it is crucial to decrease global warming. And thus decrease the carbon we emit each year.

Luckily, researchers are constantly looking for ways to reduce carbon emissions in the atmosphere. This overall refers to the idea of carbon capture and its a hot topic at the moment. Sparked your interest? Read further for some interesting examples!

Direct Air Capture (DAC) technology extracts CO2 directly from the atmosphere. Large turbine ventilators absorb air from the atmosphere and try to filter out the CO2. The absorbed carbon can be stored in the ground or can be used again.  When stored, the CO2 can later be used again in other processes. Such as food production and the creation of synthetic fuels. Currently, there are on average about 18 DAC plants working on a global level. With most of them located in the United States, Canada, and Europe.

Although the technology is still very new, it is expected that by 2030 there will be dozens of these carbon extraction plants around the world. The IEA mentions that currently 11 plants are to be built soon, which will capture about 5.5Mt CO2 by 2030. This is 700 times more than what is currently captured. After all, what makes DAC so important is that just decreasing our overall carbon emissions is not enough. The IPCC mentions to become net zero in 2050, we must also remove carbon from the air.

Right now, DAC technologies still require a lot of energy, but researchers are trying to improve it. For example, it would be best if DAC ventilators can be operated by sustainable energy sources. Some challenges for the future are increasing the scale for DAC technologies and reducing the energy necessity for these technologies. Although DAC can be a good option for storing carbon, it is not as effective as preventing carbon emissions. As an example, all cars on a global level produce in 3 hours the current available capacity of what one DAC installation can filter in one year! Therefore it is still important that the technologies get improved to ensure it can be effective.

A more common way to remove carbon from the atmosphere is to increase the number of trees. This can be done by both reforestation and afforestation. Reforestation refers to planting trees in deforested areas whereas afforestation focuses on planting trees in historically treeless areas. However, just replanting trees is not as simple. It should be recognized that trees are very complex organisms and they differ in how much carbon they can take up. When reforestation projects focus on just planting trees very fast, it might actually not be helpful at all, because healthy forests need a long time to grow and create they own biodiversity that helps to let them take up a large number of carbon.

For example, when people plant trees in monocultures – this is just only trees from the same species – they can give mostly just negative effects for the set targets of many SDGs. Monoculture forests do not have the same potential for taking up carbon than trees and forests that grow naturally. For comparison, primeval forests can take up about 100 tons of carbon per year whereas newly planted trees and forests can only take up about 3 tons.

Furthermore, sometimes new plant  projects can also decrease the possible land opportunities for indigenous communities. So, although planting new trees can help, it is even more productive to conserve the trees that we have already right now. 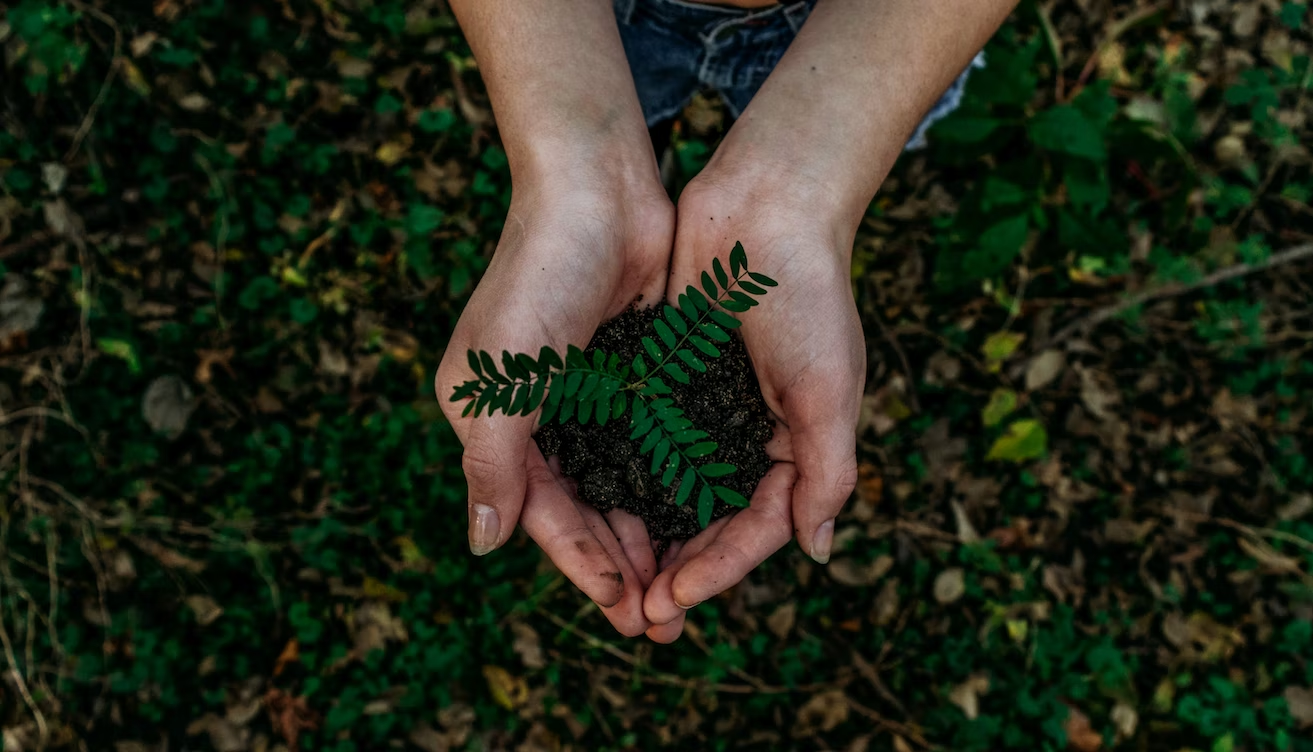 Another way to decrease carbon emissions is by restoring coastal and marine ecosystems. This is especially necessary since the human population has had a big effect on habitat loss and environmental degradation along coastlines. Over the last 50 years up to 50% of the total number of mangroves have been destroyed. With the potential increase in the human population, this overall degradation of coastlines will continue.

To help manage this degradation, many researchers use the term blue carbon. Blue carbon refers to coastal habitats such as mangroves, seagrasses, and tidal marshes. Which can help to store large amounts of carbon. For example, it is estimated that on a global level, blue carbon ecosystems can store on average 33 billion tones of carbon and on average these trees and plants can store carbon four times faster than a normal terrestrial forest. This is possible since these trees store the carbon very deep under the ground. Using efforts of blue carbon can especially be helpful in urban coastal areas since these cities produce a high amount of carbon.

Also, with the expected sea level rise, trees such as mangroves can help to defend coastlines in a natural way. For example, they reduce erosion, bind soils together and can help to reduce damage from large storms. In this way, planting more of such trees along coastlines can have substantial advantages for the overall carbon capture and protection of coastlines.

When thinking about carbon emissions, you might not expect that soils can have a big effect on carbon emissions. However, depending on the type of soil, carbon can either be taken up or be emitted in the atmosphere.

Within the EU, most soils are actually emitting CO2, which can create negative effects for hitting the EU climate targets. In 2019, the EU member states mentioned that the overall net emission of organic soils is about 108Mt CO2 whereas the removal of CO2 was only 44Mt. A lot of soils are unhealthy and therefore do not take up a lot of carbon. Organic soils are healthy soils and do have the capacity to take up this carbon. This is because there are a lot of plants and animals in the soil that digest dead plant material, which creates carbon and absorbs carbon.

However, as a result of large scale agriculture, soils are negatively impacted. Especially within Asia, Europe and North – and South America, many soils are in bad condition. Since they are hosting monocultures such as soybeans, rice and corn. To improve soil conditions it is important to minimize the disturbance of the soil such as decreasing the use of chemicals and the impact of livestock.

Additionally, the improve soils, one can aim to host a diverse set of plants and leave the plant rest on the ground to ensure animals in the soil can digest this leftover materials. These measures can help to make the soil more organic, which can also help to ensure that the soil takes up more carbon.

The above mentioned examples are not the only way we can reduce carbon, but I believe they give a nice introduction to how atmospheric carbon can be decreased. Other options can also be using building materials to store carbon or emission trade markets where carbon is “traded” (although this is not directly a way to store carbon).

Much of the information in the article is taken from the book “the Carbon Almanac” which you can find here. It presents a lot of updated information on the state of the climate and presents interesting examples on how we can improve the earth’s well-being. Most of the text is explained in an easy way so it can be understood by a wide audience.

So, in case you are looking for a way to increase your climate knowledge in the new year, I would recommend having a look at this book.